While the word “metaphor” reminds people of literature or poetry, metaphorical language is actually all around us. Take newspapers: “Wall Street has been hitting new peaks” and “prices remain high”. Prices are not physically higher and there are no mountaintops that Wall Street is literally touching. Because we understand what it means to be at a higher location, we also understand the use of “high” and “peaks” in more abstract contexts such as news articles. For linguists, this sort of metaphor use is a window onto the ways we think about and understand the world, and how we represent thoughts through language.
I have built a database of newspaper articles, fiction texts, academic texts and conversations – the first of its kind – and analyzed it for metaphor use. Previously, linguists could only speculate about how frequently journalists actually use metaphor and what kinds they employ. Counter-intuitively, metaphors are more common in news than fiction and conversation. Some news metaphors are very conventional (e.g. high prices), while others are deliberately used to persuade, entertain or build interest (e.g. the TV Western fades into the sunset).
Does this mean that whenever readers come across metaphorical language such as “hitting new peaks” that they actually think of mountaintops? Usually not. However, in an experiment I showed that if journalists draw attention to a metaphor or use a novel one, readers are likely to make those connections. Since metaphorical language can be particularly persuasive, such metaphor signaling can make for a strong, effective writing style.
My defense is on 27 June at 1.45 PM (Aula). 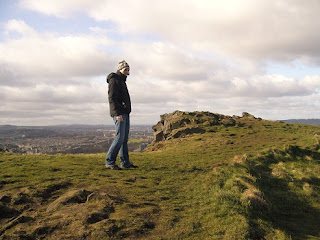 Speaking of tricks, they are precisely the type of phenomenon I’m interested in. Linguistic tricks, that is, and in particular the reasons lying behind our failure to identify them – and therefore also the reasons we fall for them. In my PhD thesis I tried to develop a cognitive pragmatic account of manipulative and uncooperative communication in order to understand why it is that, despite what we assume to be standard cooperative communicative settings – remember, Grice is nice –, manipulation and fallacious argumentation can still be successful.
Meer lezen »
Gepost door Taal en Communicatie VU op 23:15 0 reacties

Lezing ‘How to sound intelligent?'